Stuttgart – “Hopp Schwyz!” As the first Swiss in the history of the International STUTTGART GERMAN MASTERS Horse Show, Steve Guerdat won the Grand Prix of Stuttgart with MERCEDES-BENZ, WALTER solar and BW-BANK in front of a 6,500 crowd in the Martin-Schleyer-Halle on Sunday. Atop his ten-year old mare Hannah, the Olympic champion at the 2012 Games in London was the quickest in the 16-rider jump-off (0/48.19). The ride in the qualifying class for the Longines FEI World CupTM Jumping 2017/2018 secured him not only 20 points in the Western European League, which he now leads with 43 points, but also a Mercedes-Benz GLE 350 d 4MATIC worth approximately 85,000 euro. 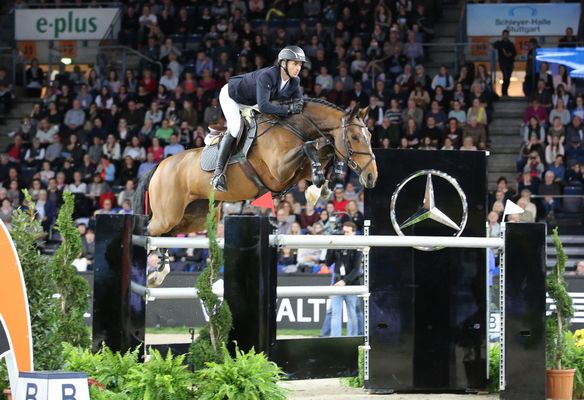 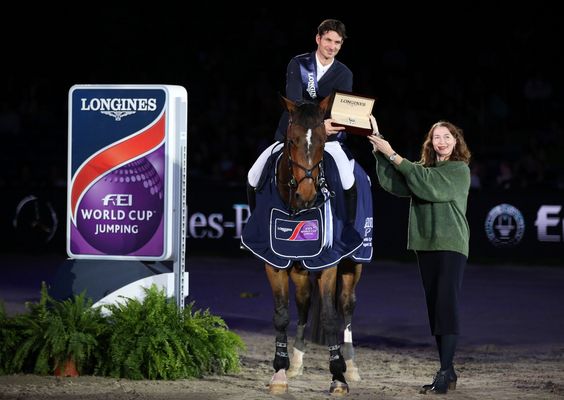 “Stuttgart has always been one of my favourite World Cups. I must have been second here about four or five times and thought I’d never win. I was really afraid today that somebody was going to beat me,” said the victor when revealing his thoughts.

German Philipp Weishaupt and the mare Asathir came second (0/48.76). The performance was rewarded with a 29,851 euro purse and 17 world ranking points. He is now tenth in the rankings on 21 points. “I was one of the first to go and was sure that somebody was going to be quicker,” said the rider that belongs to Ludger Beerbaum’s stables. “I don’t know where I could have gone any faster.”

Third was the winner in the last two years, Christian Ahlmann. Riding the 13-year old stallion Epleaser van’t Heike (0/49.13), he won 22,388 Euro. “I tried to hurry up – Epleaser is in good form and posted two good rounds. He did everything I asked of him and battled hard,” said the German when looking back on the class. The German champion Simone Blum was fourth on DSP Alice (0/50.14) and received a cheque for 14,925 euro. On Friday, she surprisingly triumphed in the MERCEDES GERMAN MASTER.