Stuttgart – His performance on Saturday afternoon was simply “exellent”. Having already won in 2009, 2010, 2012 and 2014, world champion Boyd Exell won his fifth DB SCHENKER GERMAN MASTER in front of a capacity 8,000 crowd at the 31st International STUTTGART GERMAN MASTERS Horse Show. On the first stop on the FEI World CupTM Driving 2015/2016 calendar, only the top three drivers from the first round qualified for the second. 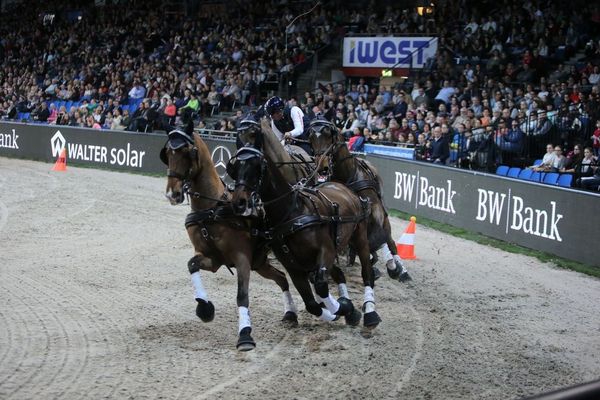 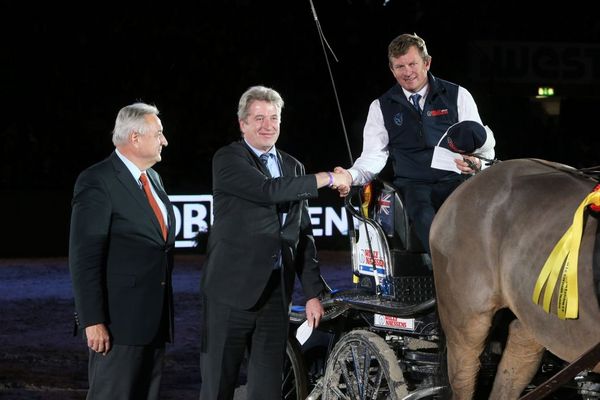 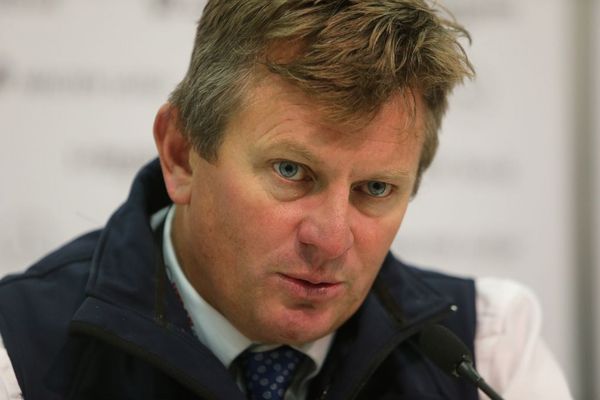 The Australian had already won the preliminary competition for the Prize of the Firma iWEST on Friday and was in a class of his own on both days. After finishing with an overall time of 248.30 seconds, Boyd Exell was over 30 seconds to the good of second-placed Ijsbrand Chardon, the Team European Champion. The Dutchman, who won in Stuttgart in 2007, posted a time of 280.38 seconds to relegate the surprise package Rainer Duen to third. A member of silver medal winning team at the European Championships in Aachen, he was the day’s top German after completing the two rounds in 286.17 seconds. “It’s my first time in Stuttgart, the horse show is bombastic.

Boyd Exell – “The standard is very high here and the German public is so educated. They love our sport.” – has drawn level with “record winner” Michael Freund who dominated the World Cup class in Stuttgart from 2002 to 2006. The German had previously amassed eight wins in the Hanns-Martin-Schleyer-Halle before the drivers started competing for World Cup points.