Stuttgart – For the second time since 2013, local rider Markus Kölz today won the BW-Bank Indoor Championship, the unofficial state championship, in front of 7,100 spectators in the Hanns-Martin-Schleyer-Halle. In an exciting jump-off contested by the nine riders that went clear in the first round, the 37-year old raced around the course in 40.93 seconds on Etiche de Fribos to finish over one second to the good of five-time champion Timo Beck riding the ten-year old stallion Habicht CR (42.08). 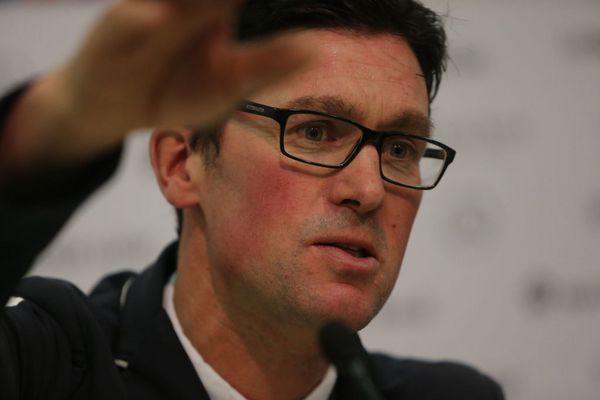 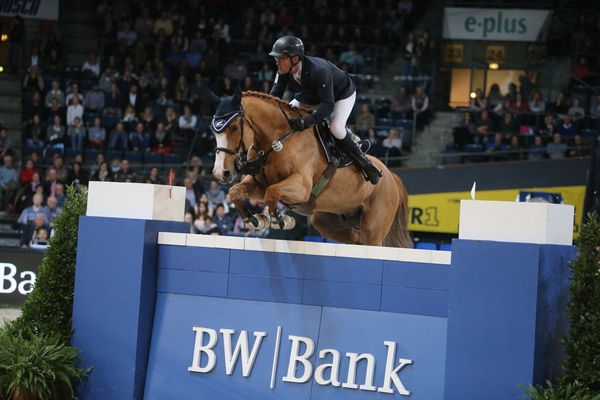 “In the first round, my gelding lost a horseshoe on the way to the triple and we lost our rhythm for a while,” said the professional rider when looking back on his performance at the post competition press conference. The problem was put right by the smith in the break before the jump-off “and going last was good for me – my tactics worked a treat.” Replying to Gotthilf Riexinger’s tongue in cheek criticism “the men could have at least made way for the women,” the victor countered, “I definitely try to be a gentleman but as Timo was already ahead of Tina, I didn’t have to be nice to her.”

Stefan Schütz, the spokesman of the BW-Bank, warmly congratulated the winner: “It was very exciting and a pleasure watching Markus ride.” He then went on to praise the horse show director: “Compliments to Gotthilf Riexinger that he always has the knack of putting on an attractive horse show.”