Stuttgart – Joy and pride were written all over his face. He was after all only the fourth rider to win the two most important classes in Stuttgart in the same year – the Grand Prix and the MERCEDES GERMAN MASTER. John Whitaker (GBR) achieved the feat in 1998, his brother Michael Whitaker in 2001 and Meredith Michaels-Beerbaum (Germany) in 2008. And now Christian Ahlmann in 2015. 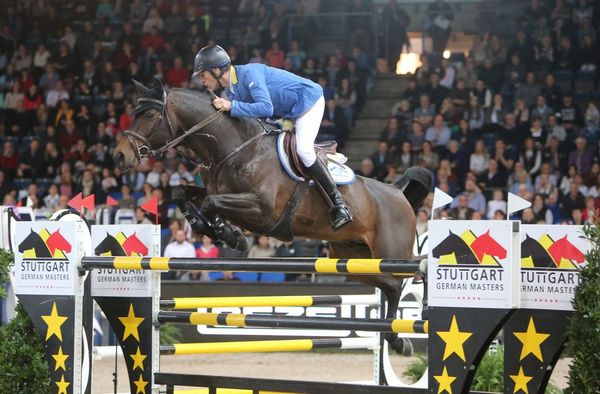 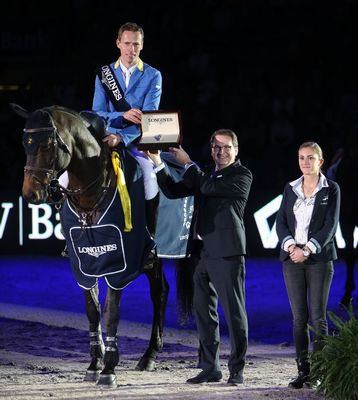 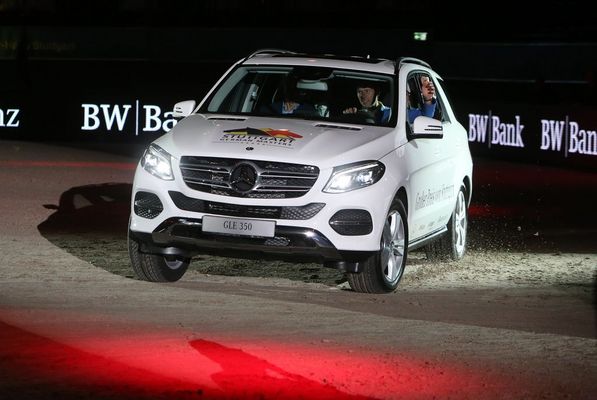 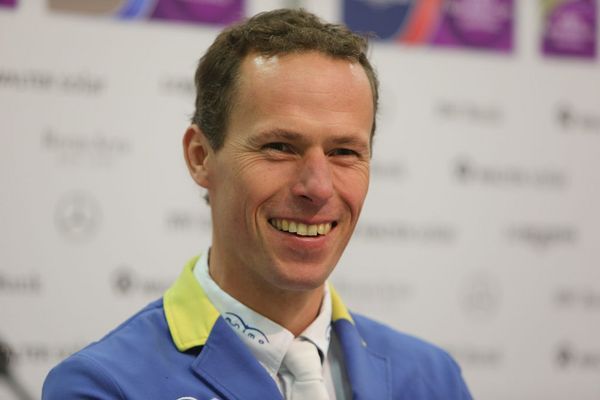 The German said: “I’m quite happy with today and the whole week, especially at winning two such big classes in Stuttgart. Codex did a good job and concentrated right to the end. I could feel he was really quick. It was my weekend.”

Riding Codex One in front of 6,500 ecstatic spectators in the Hanns-Martin-Schleyer-Halle on Sunday afternoon, the 2003 European champion secured the Grand Prix of Stuttgart presented by MERCEDES-BENZ, WALTER solar and BW-BANK, the climax of the 31st International STUTTGART GERMAN MASTERS Horse Show. The 40-year old won not only the qualifying class for the Longines FEI World CupTM Jumping 2015/2016 but also a polar-white Mercedes-Benz GLE 350 Off-Roader worth 68,000 euro. He also received 20 points for the Western European League World Cup rankings in which he, after five from eleven stops, is currently placed third with a total of 37 points.

In second place behind Christian Ahlmann and the 13-year old Hanoverian stallion Codex One, who were the quickest (0/49.78 seconds) in the five-rider jump-off, was Douglas Lindelöw and Casello, a 12-year old Holstein gelding (0/51.02).

“It was my first time here in Stuttgart, they were beautiful courses and it’s a beautiful horse show,” said the Swede. His effort earned him 29,850 euro prize money and 17 World Cup points to leave him in eighth place in the World Cup ranking with 27 points.

Third was Patrick Stühlmeyer (Germany) in the saddle on Lacan, a 12-year old Oldenburg stallion. The pair also went clear and stopped the clock at 52.03 seconds to earn themselves 22,386 euro prize money, 15 World Cup points and he now lies 15th with 21 points. “Lacan jumped really well. The course was very, very hard and the time allowed was very tight,” said the 25-year old when summing up.

Captain John Roche, FEI Director Jumping Department, thanked the organisers and all the sponsors on behalf of the world federation. “The course designer did a super job and the Stuttgart horse show has lived up to its wonderful reputation as one of the most important gems in the crown jewels of the Western European League.”