Stuttgart – German Isabell Werth has won the Grand Prix dressage for the eighth time at the 33rd International STUTTGART GERMAN MASTERS Horse Show. In the saddle on her “gold mare” Weihegold OLD in the Hanns-Martin-Schleyer-Halle on Saturday, she was awarded 87.575 percent points in the qualifying leg of the FEI World CupTM Dressage 2017/2018. The ride secured her a 12,500 euro purse. Second was her fellow team Olympic champion Dorothee Schneider who received 82.805 points for her performance on the 11-year old stallion Sammy Davis jr. In third place was Helen Langehanenberg (Germany), the silver medal winner at the 2012 Olympic Games in London. She and her 15-year old Hanoverian stallion Damsey FRH were given 79.615 points. 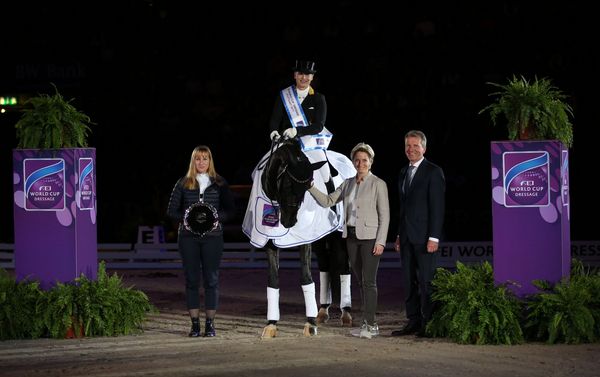 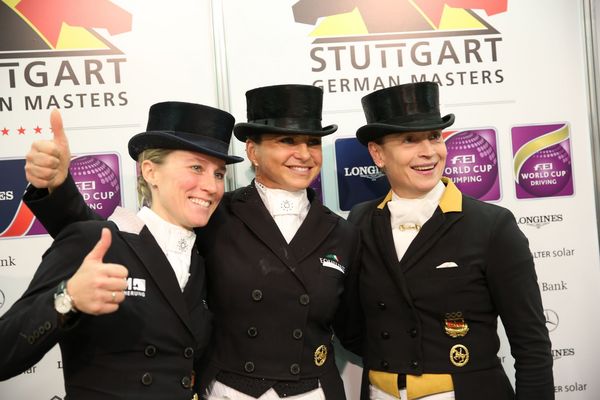 “Weihe has come up with two wonderfully harmonious classes. I have great support from everybody around me and have the chance to school good young horses over and over again. As long as things stay the same then I can pursue my passion,” explained the Dressage Queen. Dorothee Schneider was visibly delighted with her ride: “I’m very, very happy with Sammy. This was his first year of international competition, we both qualified for the European Championships and have now come second in the Schleyer-Halle. We’ve really enjoyed everything in Stuttgart.” Helen Langehanenberg was also “very, very pleased. It was Damsey’s first outing since Gothenburg and I was delighted with his freshness. Today, it was almost like sitting on a hot seat. If he can continue to show such energy and pleasure at the age of 15, then we can continue for another three years.