Stuttgart – The world’s best rider, Isabell Werth, was visibly “highly satisfied” on Friday after her first competition at the 35th International STUTTGART GERMAN MASTERS Horse Show. Riding in the Grand Prix for the Prize of Abelein Event Service, the qualification for the 2019/2020 FEI Dressage World CupTM Grand Prix tomorrow, Saturday, at 16.30 hrs local time, the German ran out a comfortable winner. In the saddle on her excellent Weihegold OLD, a 14-year old Oldenburg mare, she kept the top-class field at bay after receiving 81.565 per cent from the international jury. 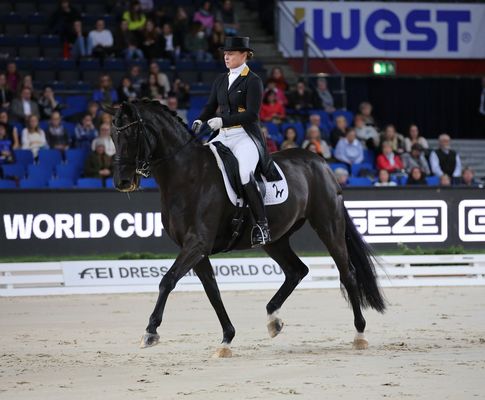 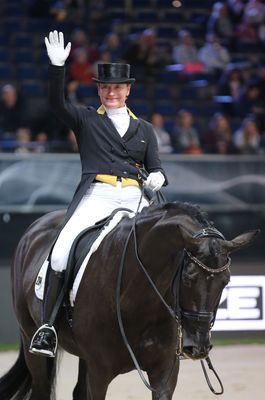 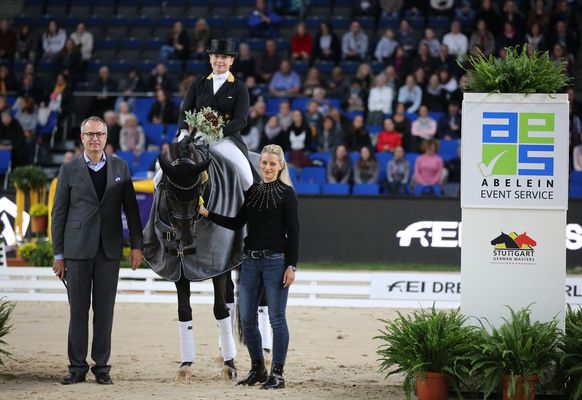 “Weihegold performed brilliantly,” said the six-time Olympic champion when summing up. The roll of honour in the foyer of the Hanns-Martin-Schleyer-Halle has now been adorned by the name of the recently crowned triple European champion in Rotterdam (team, Grand Prix Special, freestyle) for the fourth time on the trot in the class.

The team European champions Jessica von Bredow-Werndl – on TSF Dalera BB – and Dorothee Schneider (both Germany) – on DSP Sammy Davis Jr – came second and third respectively after being awarded 79.848 and 77.761.