Stuttgart – “Dressage Queen” Isabell Werth celebrated her second success at the 32nd International STUTTGART GERMAN MASTERS Horse Show in the Hanns-Martin-Schleyer-Halle on Saturday. The German claimed victory in the Prize of Stihl, the qualifying class for the Grand Prix Special on Sunday morning, with a ride that earnt her 75.580 per cent points and 3,000 euro. 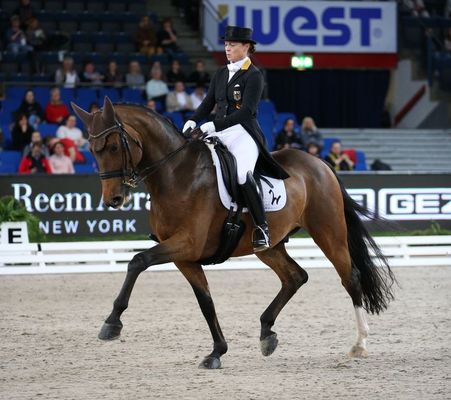 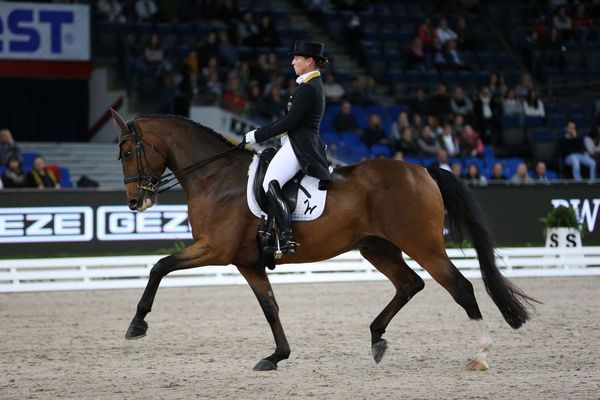 Riding Emilio, her ten-year old Westphalian gelding, the multiple Olympic, World and European champion also won the class in the previous year. “Everything started well and then I unfortunately made three mistakes,” commented Isabell Werth self-critically. “I know I was lucky today – but tomorrow I’ll go for it.”

In second place was Anabel Balkenhol (Germany) in the saddle on the 16-year old Hanoverian gelding Dablino FRH (74.340), followed by fellow German Fabienne Lütkemeier and the nine-year old Bavarian-bred gelding Fabregaz (71.580). “I was very happy today and satisfied with my ride,” said a delighted Anabel Balkenhol who was on the long list for the Olympic Games in Rio with Dablino FRH. She praised her partner: “Dablino gave me an incredibly nice and assured feeling. It has been a long way and I’m very proud of his development.”