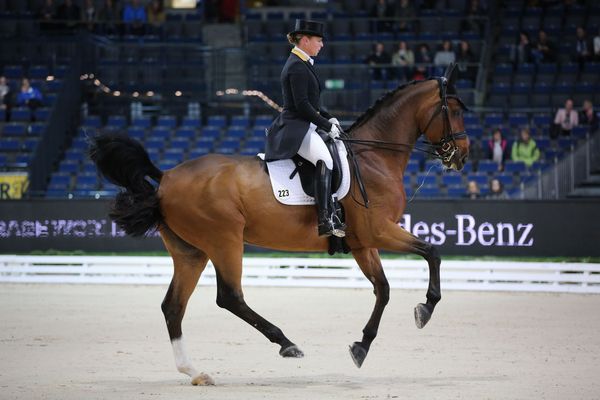 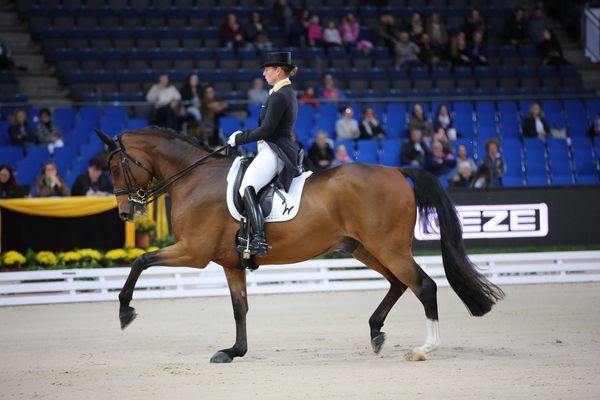 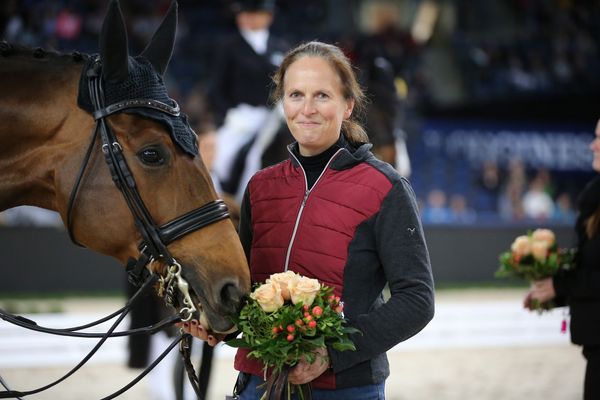 Riding the 12-year old Westphalian gelding Emilio, with whom she is world ranked number three, on the penultimate day of the 34th International STUTTGART GERMAN MASTERS Horse Show, Isabell Werth (Germany) secured the FEI Dressage Grand Prix for the Prize of Stihl. In the qualification for the Grand Prix Special on Sunday, the duo was awarded 77.739 percent point by the international jury. The performance earned the “Dressage Queen”, who also won the freestyle Grand Prix on Friday, the gold ribbon and 3,000 euro prize money.

Second in the Hanns-Martin-Schleyer-Halle was the team world champion Jessica von Bredow-Werndl (Germany) on the 14-year old mare Zaire (74.457) which was bred in the Netherlands. Third place went to fellow German Dorothee Schneider who topped the podium in the team event at the World Equestrian Games in Tryon. In Stuttgart she rode the ten-year old Hanoverian gelding Faustus and was given 73.413 percent.