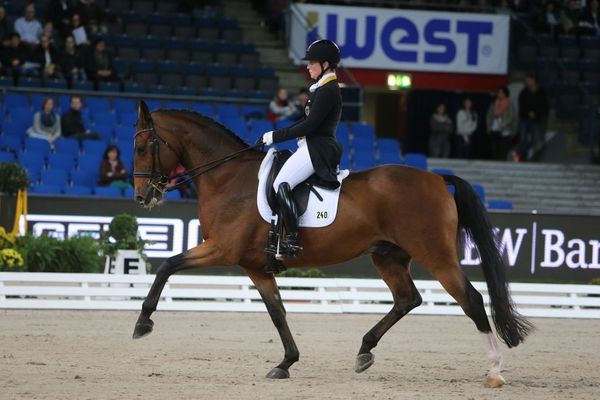 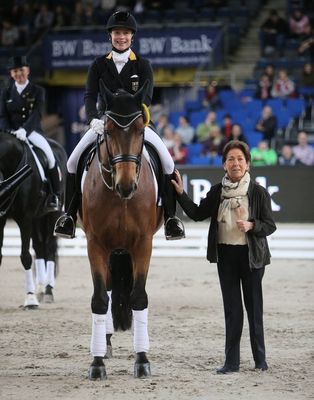 The win in the qualifying class for the Grand Prix Special on Sunday morning secured her prize money totalling 3,000 euro. “The way the horse has improved over the last ten or 12 months is absolutely amazing,” said the delighted German. “He does everything with such ease that it even astounds me.”

In second place was Karen Tebar. Born in nearby Ludwigsburg, she rode many years for a local riding club before representing France after marrying Christophe Tebar. Atop Don Luis, a ten-year old Hanoverian stallion, the 2004 Olympic Games participant received 74.320 points and 2,500 euro prize money.

One place behind in third was the 23-year old business studies student Charlott-Maria Schürmann (Germany). 73.660 points lit up on the score board after her display on Burlington FRH, a 12-year old Hanoverian gelding. The performance earned her 2,000 euro.