Stuttgart – Jessica von Bredow-Werndl (88.440 per cent) ahead of Isabell Werth (87.240) and Helen Langehanenberg (83.735) – the all-German 1,2,3 at the victory ceremony on Saturday evening, the penultimate day of the 35 International STUTTGART GERMAN MASTERS. Fourth-placed Dorothee Schneider and Benjamin Werndl in fifth completed Germany’s dominance of the Grand Prix Freestyle belonging to the FEI Dressage World Cup™, the qualifying series for the final in Las Vegas in April. 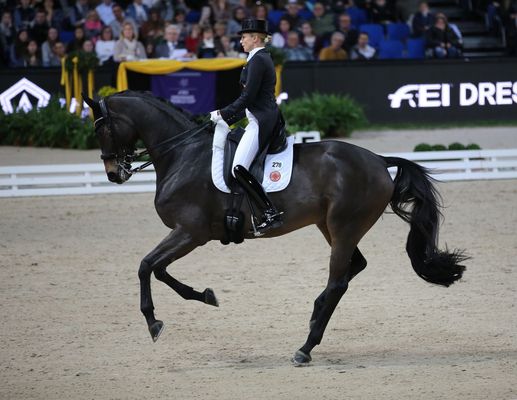 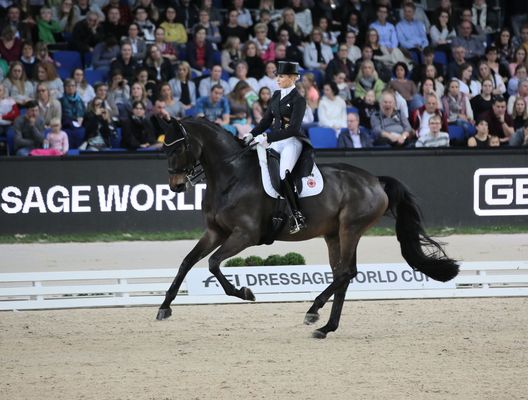 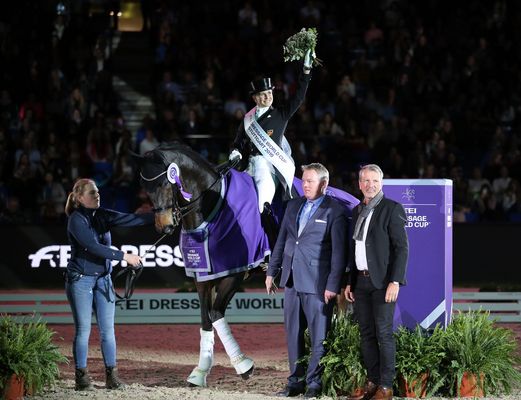 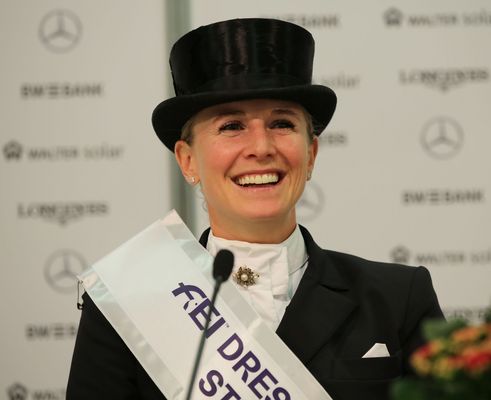 It was everything but “so la la”. Performing to music from the “La La Land” musical, Jessica von Bredow-Werndl and her 12-year old Trakehner mare TSF Dalera BB danced their way into the hearts of the Stuttgart audience – there was a sell-out 8,000 crowd in the Hanns-Martin-Schleyer-Halle – and to victory. “I just love the music – it feels like dancing and I had goose bumps the whole time I was riding,” said the winner when praising her horse. “It’s incredibly cool to win in Stuttgart. It’s something I’ve always dreamt of,” continued the 33-year old.

Compatriot Isabell Werth was also satisfied with her mare’s performance with second place. “We showed a super piaffe passage tour but Weihegold simply lacked power today. Jessica really deserved her win here today, but it’s not something that should become a habit,” joked the six-time Olympic champion.

“Damsey was so fresh and gritty. I was so happy after finishing the test,” said Helen Langehanenberg when talking about her 17-year old Hanoverian stallion.