Stuttgart – That certainly wasn’t on the cards: Lisa Müller, who competes for the Bavarian stables RFV Hachinger Tal, secured the win in the dressage Grand Prix for the Prize of Stihl with a brilliant performance early Saturday morning at the 35th International STUTTGART GERMAN MASTERS Horse Show. The last to go atop the Oldenburg gelding Gut Wettlkam’s Stand By Me OLD, her ride was awarded 75.913 percent – and then it suddenly dawned on her that she was the winner. “I just don’t’ know what to say,” said the almost speechless victor, “I didn’t expect that.” Her husband, the football World Cup winner Thomas Müller, was also very proud and delighted: “That was sensational, I’m so happy for her.” 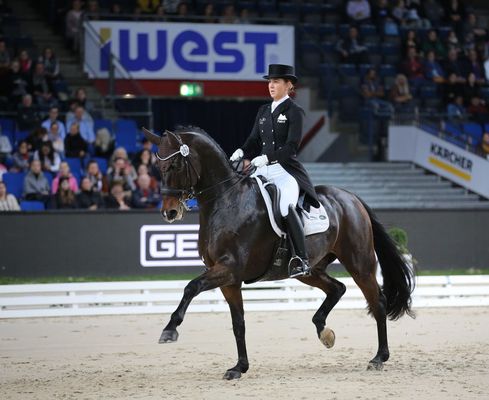 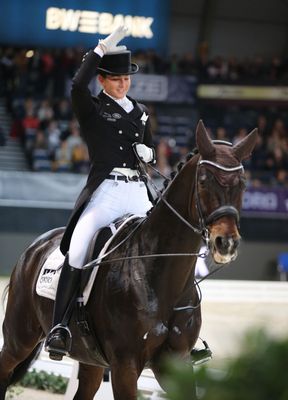 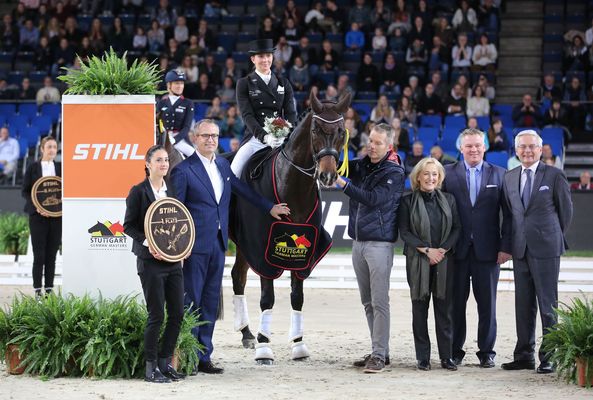 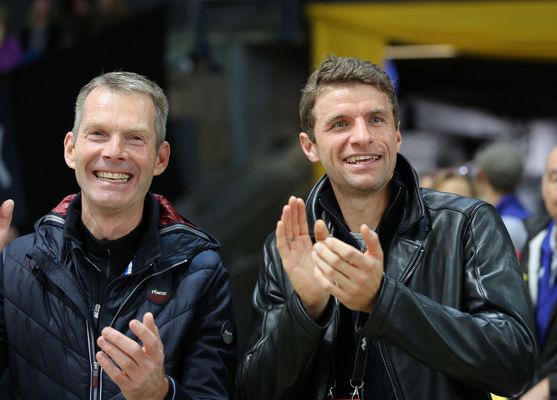 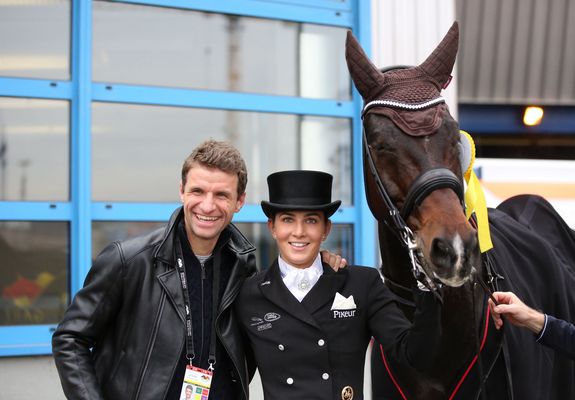 Second in the Hanns-Martin-Schleyer-Halle in the qualifying class for the Grand Prix Special on Sunday morning was the recently crowned double eventing European champion, Ingrid Klimke (Germany). In the saddle on the 11-year old Oldenburg stallion Franziskus, she received 75.413 per cent. One place back in third was compatriot Hubertus Schmidt who only recently celebrated his 60th birthday. Together with his Westphalian stallion Escolar, he scored 74.957 per cent.