Stuttgart – The top three placings in today’s Reem Acra FEI World CupTM Dressage presented by the Nürnberger Versicherungsgruppe were exactly the same as those in the Grand Prix on Friday. Spaniard Beatriz Ferrer-Salat came first on Delgado with 83.300 points and finished marginally ahead of “Dressage Queen” Isabell Werth (Germany) in the saddle on Don Johnson FRH (82.975). In third was the German, Jessica von Bredow-Werndl on Unee BB (80.150) who was named this year’s “Master Stallion” in south Germany. 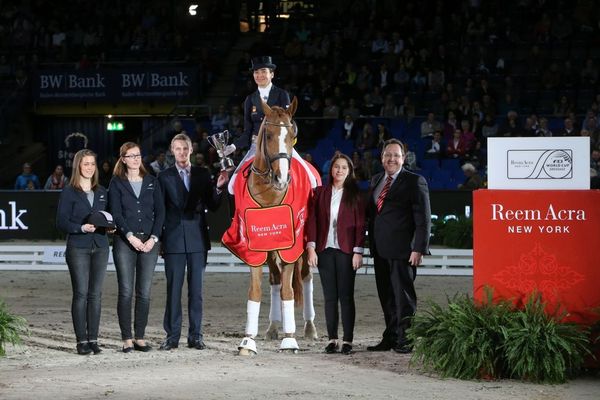 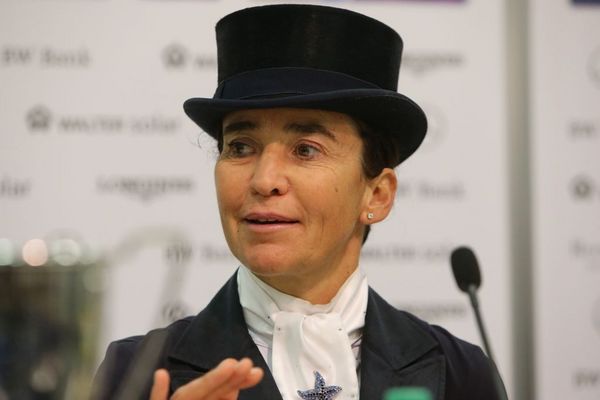 Beatriz Ferrer-Salat, the European Championships bronze medal winner in Aachen who won the dressage freestyle at the 2004 International STUTTGART GERMAN MASTERS Horse Show, commented on her performance in the Hanns-Martin-Schleyer-Halle by saying, “Delgado was a little more awake today than yesterday – that was very positive. His pirouettes were good today.” She additionally felt they had “a little mistake in the flying changes because I was riding a bit behind the music. But I’m very proud of my horse.”

Isabell Werth, who finished second just 0.325 points behind the winner, was nevertheless very satisfied with her horse, “Jonny was super. It was a challenge to compete against Beatriz.” Dietrich Plewa, the judge at C, added, “The result could have gone both ways as there was little between the two.”

“I was a bit uncertain as I showed a new freestyle today – but I had a good feeling,” said a satisfied Jessica von Bredow-Werndl, “it was a good ride but not my best.”