Stuttgart – The fifth-placed rider at the London Olympic Games, Alberto Michan Halbinger, won the Prize of the Firma DIW Instandhaltung GmbH at the 31st International STUTTGART GERMAN MASTERS Horse Show on Friday. Riding the 13-year old stallion Camilo LS La Silla in the second qualifying class for the MERCEDES GERMAN MASTER late in the evening, the Mexican was the quickest round the course when going clear in 61.84 seconds. 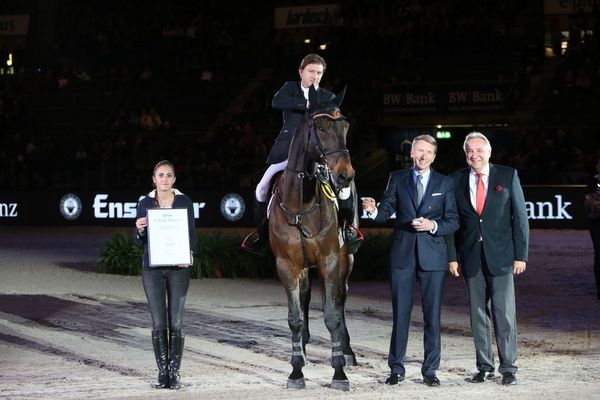 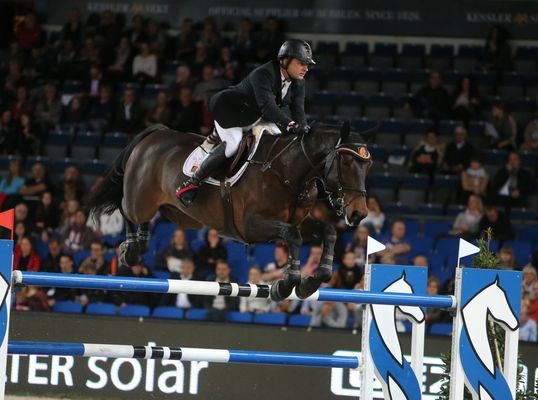 Behind him in second was Reed Kessler (USA), who won the first qualifier on Thursday, in the saddle on Charity, a 10-year old mare bred in Westphalia, (0/63.98). One place further back was the Swede Douglas Lindelöw on his Holstein gelding Casello. The pair went clear in 64.22 seconds to qualify in 12th and last place for the highlight of the evening – the MERCEDES GERMAN MASTER. Only the 12 top riders in the two qualifying competitions on Thursday and Friday go into the second most important jumping class at the horse show in the Hanns-Martin-Schleyer-Halle.