Stuttgart – For the second time since 2011, the Swiss Pius Schwizer secured the prestigious MERCEDES GERMAN MASTER in front of 7,700 spectators in the Hanns-Martin-Schleyer-Halle on Friday evening. 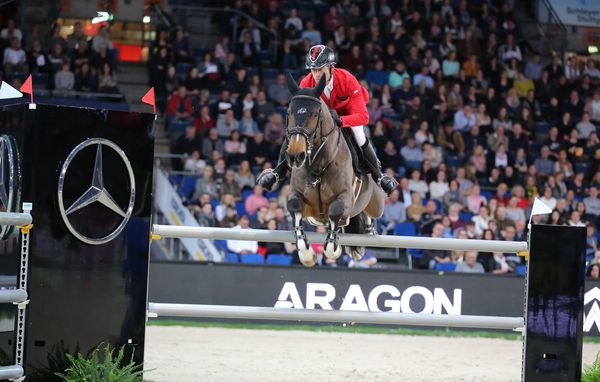 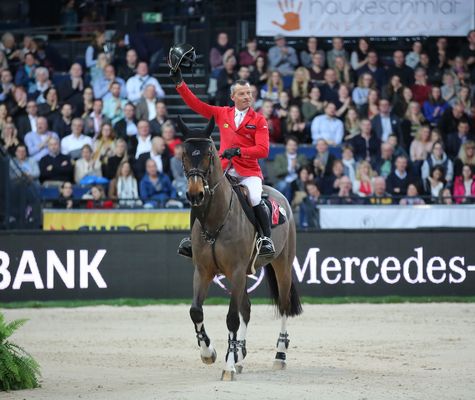 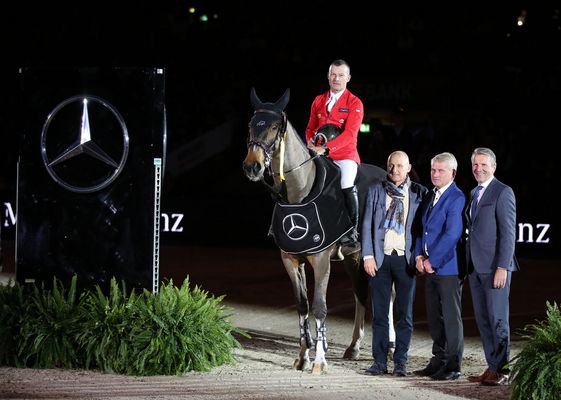 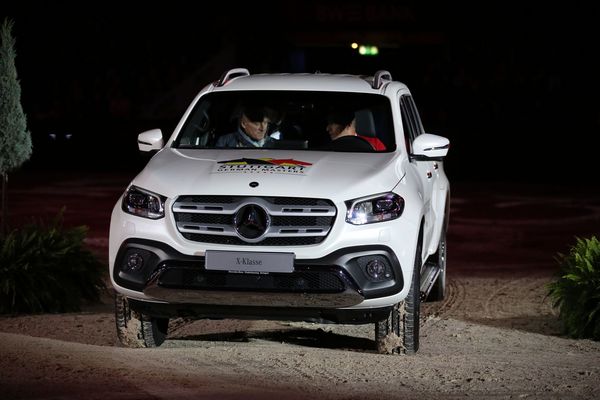 Like beforehand in the two qualifying classes on Thursday and earlier on in the day, the 56-year old claimed the win. With a big smile on his face he then drifted his way around the lap of honour in the winner’s car, a Mercedes-Benz X-Class Power 4Matic worth 65,600 euro. In the three-man jump-off that also included Ludger Beerbaum (Germany) and the Austrian Max Kühner, the Swiss was the last to go on his 13-year gelding Living The Dream but ended up the quickest with a time of 32.43 seconds.

“I’ve gone past the car several times over the past few days and thought ‘hey you have to make it yours sometime’,” he said grinning, “Max was quick and Ludger said it was unbeatable – but what’s unbeatable?”

Manfred Hommel, Director of the Württemberg Sales Region at Mercedes, congratulated the victor: “That was magnificent, a sensational ride. We’re grateful to have the most interesting horse show worldwide directly in front of the doorstep.”

First to go in the jump-off, Max Kühner’s Hanoverian-bred eight-year old bay mare Vancouver Dreams posted a clear round in 34.41 seconds. Ludger Beerbaum, who has won the MERCEDES GERMAN MASTER on three occasions, was next in the arena and also went clear but he needed 35.71 seconds on the Rhineland gelding Wallach Cool Feeling. And then came Pius, the Swiss…