Stuttgart – Portugal’s Molly Hughes Bravo secured victory in the first ever FEI Ponies Jumping Trophy for the Prize of Ensinger Mineral-Heilquellen GmbH at the 33rd International STUTTGART GERMAN MASTERS Horse Show on Saturday evening. She was carried to the win in the eight-rider jump-off by her nine-year mare Carrickaduff Pet. 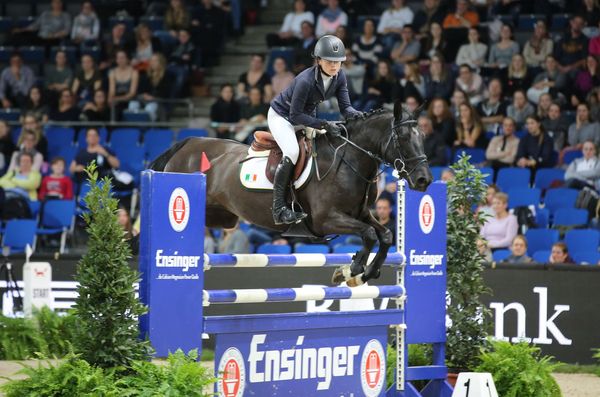 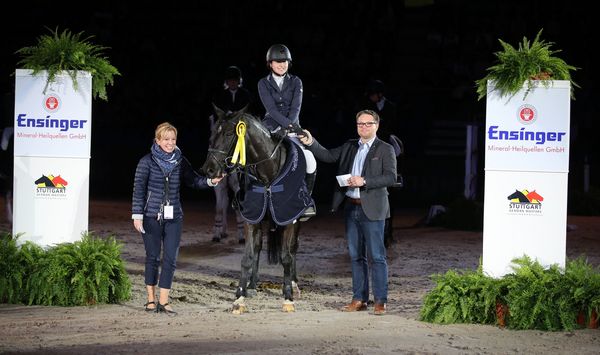 After finishing third in the warm-up class on Friday, a clear round in 29.51 handed them first prize. The runner-up spot in the Hanns-Martin-Schleyer-Halle went to Nicole Lockhead Anderson (GBR) in the saddle on the eight-year old gelding Gangnam Style (0/31.03) followed by the Irish rider Abbie Sweetnam and Dynamite Spartacus (31.57). Germany’s best-placed competitor was Milja Esser and her Holstein mare Antine (4/31.60) in fifth. The 15-year old Lea-Sophia Gut from nearby Biberach had one fence down in the first round to finish 11th on the 19-year old gelding Salvador (4/63.16).

“It’s only the first beginnings here for the series but I feel it was a success. There are a few nations here that can show us the potential within competitive pony riding, for example the Irish girl. They are not afraid of competing against other teams in order to learn. Stuttgart was the venue for the last qualification class before the final in Mechelen after Christmas. Nothing has been decided yet, but I think we’ll repeat it next year,” said Andreas Krieg, the director responsible for jumping at the horse show, when summing up.