Stuttgart – Late on Thursday evening, American Reed Kessler won the speed class for the Prize of the Firma WALTER Solar at the 31st International STUTTGART GERMAN MASTERS Horse Show. It was the first of two qualifying competitions for the MERCEDES GERMAN MASTER on Friday. 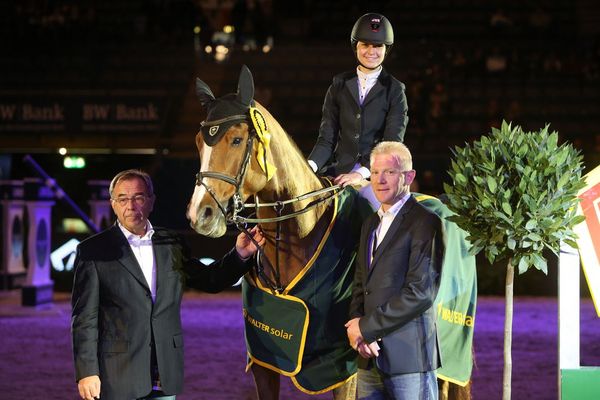 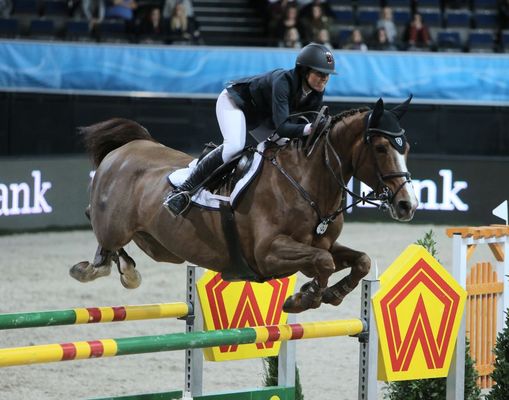 In the saddle on the 13-year old mare Cylana, the 21-year old rider’s time of 60.94 seconds was in the end over two seconds quicker than Felix Hassmann (Germany), who was on board the 12-year old Westphalian stallion Horse Gym‘s Balzaci (63.07). Malin Baryard-Johnsson (Sweden) and her Dutch-bred stallion H&M Tornesch was third (63.75).

Aged 18, Reed Kessler wrote Olympic history in London in 2012 by becoming the youngest show jumper ever to compete at the Games.

The second qualifying event for the MERCEDES GERMAN MASTER, the second most important jumping class at the equestrian highlight in the state capital of Baden-Württemberg, will take place at 5:45 pm on Friday, 20 November. Riders will be competing for the Prize of the Firma DIW Instandhaltung GmbH. Only the 12 top riders from the two qualifying classes will earn the right to contest the MERCEDES GERMAN MASTER which will begin at 10:15 pm local time.