Stuttgart – The Belgian Pieter Devos was very happy with his successful title defence in the Hanns-Martin-Schleyer-Halle on Sunday afternoon. Riding the same horse as last year – the 14-year old Dutch gelding Apart – in the final class of the 35th International STUTTGART GERMAN MASTERS Horse Show, he won the Grand Prix of Stuttgart with MERCEDES-BENZ, WALTER solar and BW-BANK in front of a 7,200 crowd. 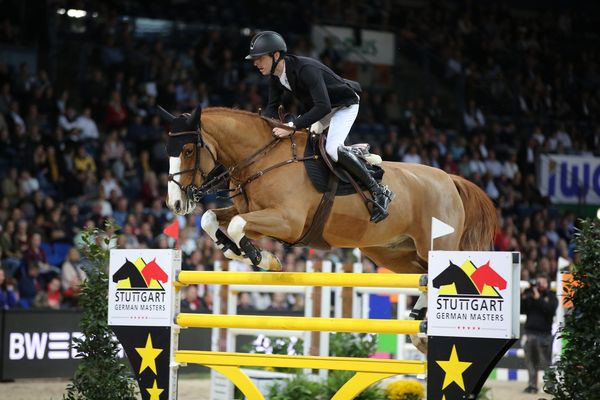 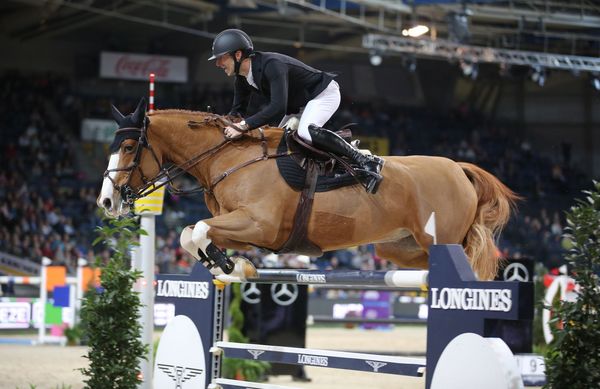 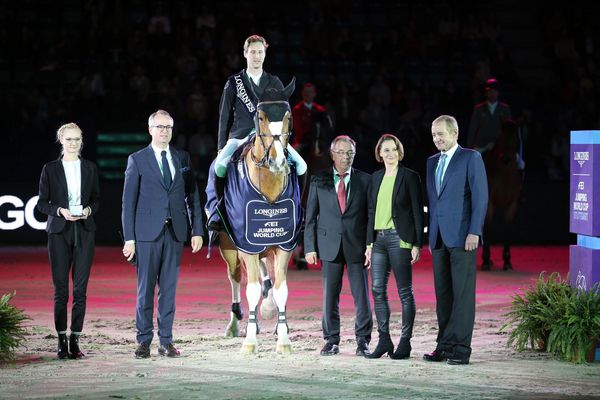 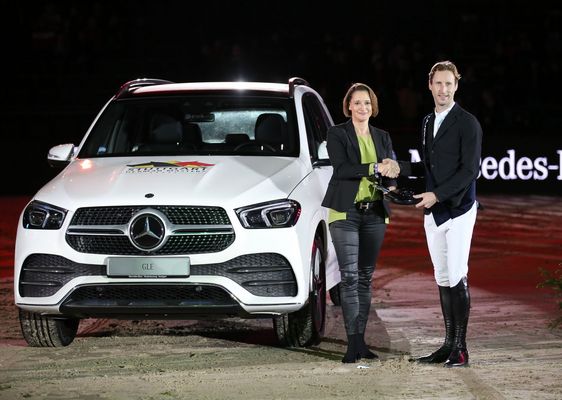 It was the fifth qualifying leg in the FEI Jumping World Cup™ after Oslo, Helsinki, Lyon and Verona – his 20 points for the victory pushed Devos up to second (40 points) in the Western European League ranking on the way to the final in Las Vegas in April next year. He is one place behind the leader, the world No. 1 Steve Guerdat on 47 points. In the saddle on the ten-year old Selle-Français gelding Venard de Cerisy, the Swiss finished second in the 11-rider jump-off. Third today was Scott Brash (Great Britain) who is also now third in the World Cup ranking with 35 points. He rode the gelding Hello Senator in the Schleyer-Halle.

The win earned Pieter Devos a Mercedes-Benz GLE 350d 4MATIC worth more than 82,000 euro. “My wife needs a new car. She’ll be very happy when I get back home,” said the victor with a wry smile. “I’m very, very happy. I didn’t think I’d win here, especially after the slip after the wall.”

The 2012 Olympic Champion, Steve Guerdat, was relieved after coming second saying, “My horse was responded too well and I took a couple of gallop strides more than planned. Therefore, I couldn’t be any happier.” With British understatement, Scott Brash was short and to the point in his summary – “I’m satisfied.” The best German Philip Weißhaupt, who competed on the ten-year old Oldenburg mare Cha Fantastica, commented, “I really wanted to go for a clear round – but it wasn’t to be.”