Stuttgart – On Sunday, the final day of the 35th International STUTTGART GERMAN MASTERS Horse Show, Germany’s Isabell Werth won the dressage Grand Prix Special for the Prize of Tisoware for the seventh time in succession and 16th in total. Riding the 13-year old dark brown Westphalian gelding Emilio in the Hanns-Martin-Schleyer-Halle, she also secured herself the GERMAN DRESSAGE MASTER title after being given 79.489 per cent. Compatriot Hubertus Schmidt was second in the saddle on the ten-year old Westphalia bred stallion Escolar (77.936) followed by the Bavarian Lisa Müller atop her gelding Stand By Me OLD (76.553). 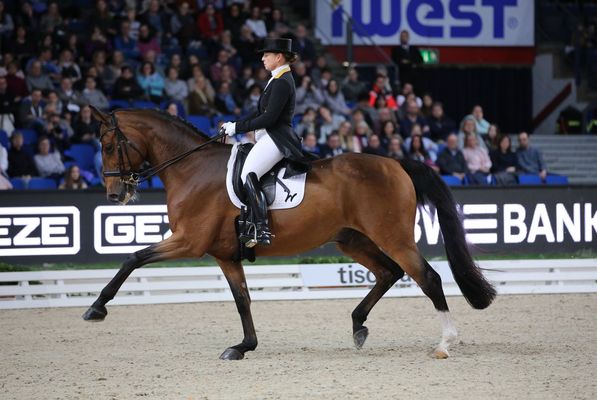 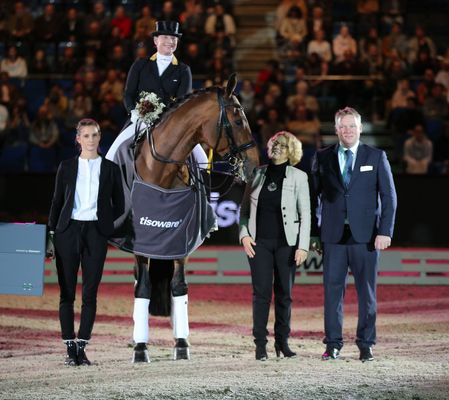 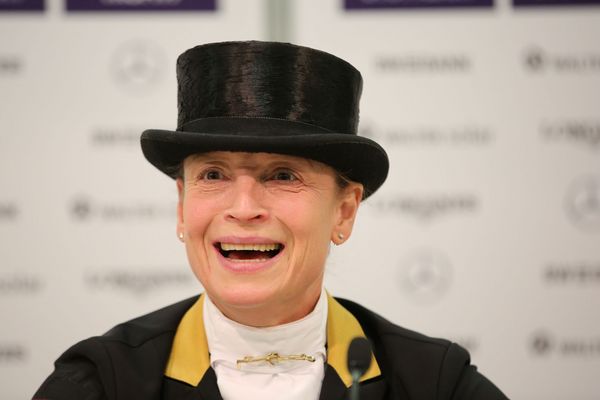 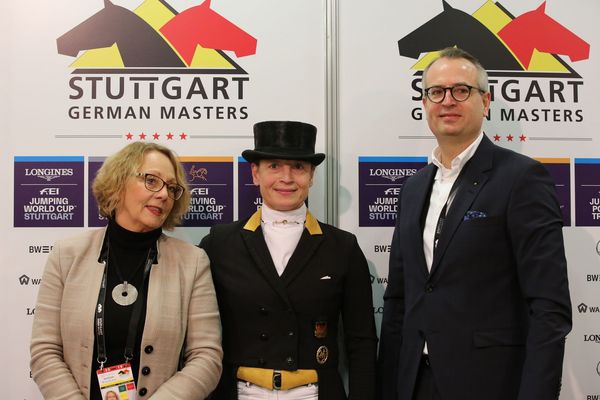 “I’m pleased because we were able to correct the things that went wrong on Saturday,” said the “Dressage Queen” when summing up afterwards. “Dressage is always very popular in Stuttgart and the crowd is always very emotional – riding is therefore so much fun.”

Hubertus Schmidt praised his young horse: “He was very light on his feet today and it handed me a fantastic round.” He also expressed his respect for the fans: “Stuttgart is highlight in the year and it’s a whole lot more fun to ride in front of such a great crowd.” Still on a high from her win yesterday, Lisa Müller could not stop herself from saying: “I prefer being in Stuttgart than in the Allianz Arena.”

“We’re very happy with the event and will be back again next year,” commented Sabine Dörr, managing partner of tisoware.