Stuttgart – He has already won the MERCEDES GERMAN MASTER on two occasions (1990 and 1991) – and now Frenchman Roger Yves Bost (51) is going for his third victory. Riding Pegase du Murier, a 13-year old stallion bred in France, he won the Prize of in.Stuttgart Veranstaltungsgesellschaft mbH & Co. KG, the second qualification for the big highlight later on in the evening, the MERCEDES GERMAN MASTER. Only the 12 top riders in the two qualifying classes on Thursday and Friday go through to compete in the second most important jumping competition at the 32nd International STUTTGART GERMAN MASTERS Horse Show. 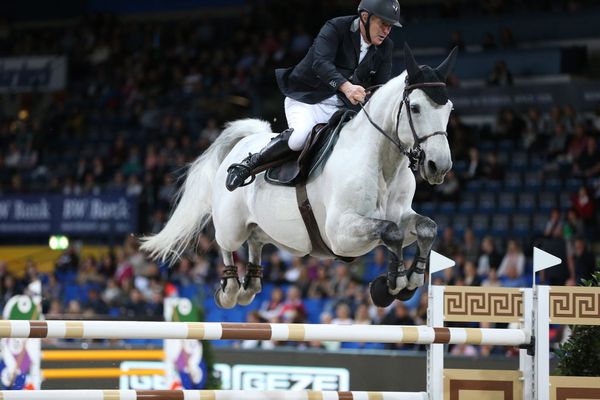 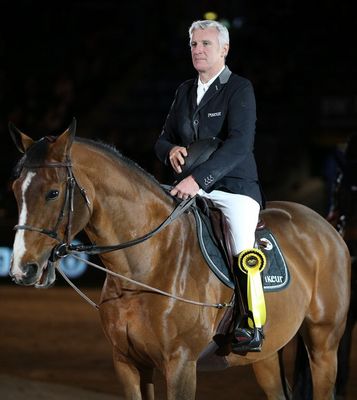 Second behind the Frenchman, who went clear in a time of 62.64 seconds, was the Dutchman, Leopold van Asten. Riding the KWPN gelding VDL Groep Zidane N.O.P., he left all the fences standing when completing the course in 63.64 seconds. One place behind him in the Hanns-Martin-Schleyer-Halle was the 2012 London Olympic champion Steve Guerdat (Switzerland), who was also faultless on Big Red, an 11-year old Westphalian gelding in 64.15 seconds.

All three are therefore qualified for the MERCEDES GERMAN MASTER starting at 22.15. They will be joined by eight further men and one woman: Daniel Deußer, Felix Haßmann, Christian Ahlmann, Jan Wernke (all Germany), Olivier Philippaerts (Belgium), Bertram Allen (Ireland), Olivier Robert (France) and Max Kühner (Austria) as well as the only lady, Maelle Martin (France).