Stuttgart – The name of her horse “Wolke Sieben”, which can be translated as “Cloud Nine”, aptly described how she was feeling after the final of the “Piaff-Förderpreis” for the Prize of the Liselott-Schindling Stiftung – a foundation supporting dressage in Germany. Riding her 16-year old Hanoverian mare in the Hanns-Martin-Schleyer-Halle, Sanneke Rothenberger secured the win in the class after being awarded 70.500 points by the judges. 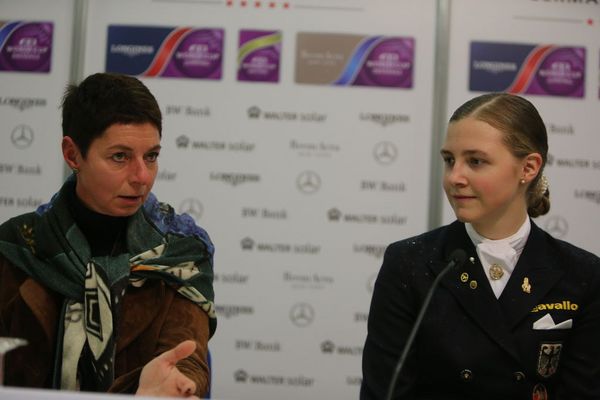 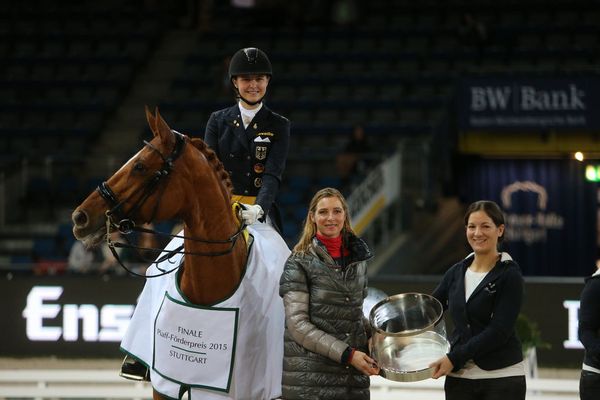 Just behind her in second was Juliette Piotrowski in the saddle on Sir Diamond (69.300). The victory today was the student’s second at the 31st International STUTTGART GERMAN MASTERS Horse Show as she had already won the warm-up class on Thursday. “My mare today was very motivated, perhaps a little over motivated which is why she was bit more difficult to ride in the class than yesterday,” said the victor when reviewing her performance. Her mother – Gonnelien Rothenberger-Gordijn won the silver medal with the Dutch team at the 1996 Olympic Games in Atlanta – gave her a spot of advice before entering the arena: “Ride for yourself – we’ll probably come third.”

National dressage coach Monica Theodorescu was full of praise: “Sanneke has in Wolke Sieben a horse that she can rely on to produce the goods and today could put her experience to good effect.”

Jürgen Koschel, the head coach of a squad of promising riders, is highly delighted with the series for up-and-coming riders as it gives newcomers the chance to match themselves against pairs that are somewhat more experienced – it’s the idea behind the series.”