Stuttgart – Women power: the German champion Simone Blum won the MERCEDES GERMAN MASTER on Friday evening in front of a 7,400 crowd in the Hanns-Martin-Schleyer-Halle. Riding her 10-year old mare DSP Alice, the 28-year old Bavarian became the sixth woman to win the second most important jumping class at the 33rd International STUTTGART GERMAN MASTERS Horse Show in the NeckarPark venue. 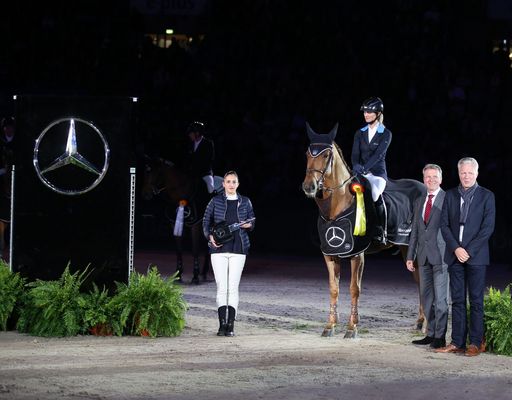 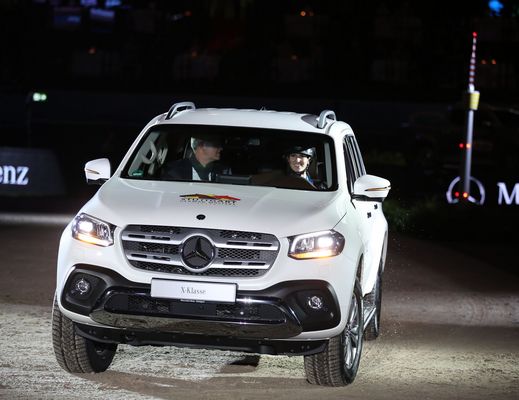 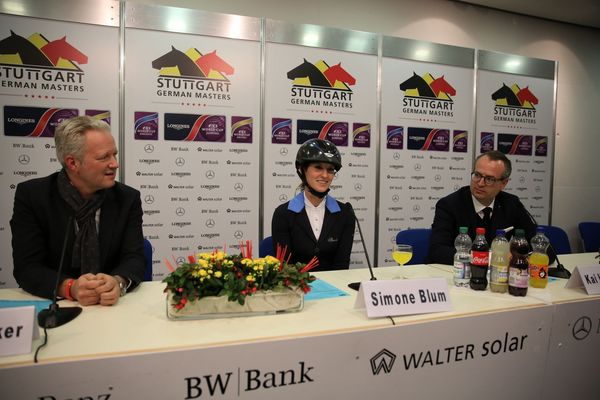 The last competitor to go in the seven-rider jump-off, she relegated the Swede Henrik von Eckermann on the gelding Cantinero (35.24) into second place when going clear in 33.64 seconds. Her efforts were rewarded with the winner’s prize of a Mercedes-Benz X-Class 4MATIC worth 65,500 euro. “Alice gave her all again today, she’s an unbelievable horse and I’ve won my first ever car today on her,” said the joyous winner. “The car is absolutely beautiful, the old one is ready for the scrapheap anyway.” In third place was compatriot Marcus Ehning in the saddle on the mare Cristy who got the jump-off underway with a faultless round in 35.48 seconds.

Also excited was Jürgen Walker, the head of car sales at Mercedes Benz for the Württemberg region: “It was a fabulous winning ride, but the lower placed riders also deserve our admiration. We’ve been the evening’s sponsors for years now and the organisation at this horse show is just perfect.” Immediately after the victory ceremony, Ludger Beerbaum congratulated the victor: “It was a fantastic ride and it alone made the ticket price well worthwhile.