Stuttgart – After five fabulous days, the 33rd STUTTGART GERMAN MASTERS will draw to a close with the Longines FEI World CupTM Jumping for the Grand Prix of Stuttgart with MERCEDES-BENZ, WALTER solar and BW-Bank. “We’ve seen top notch sport in all the classes and a successful FEI Ponies Trophy premiere. Above all however, our knowledgeable spectators have once again created an outstanding atmosphere with their feel for equestrian excellence and applause,” said Andreas Kroll, CEO of the in.Stuttgart Veranstaltungsgesellschaft, the event organisers. 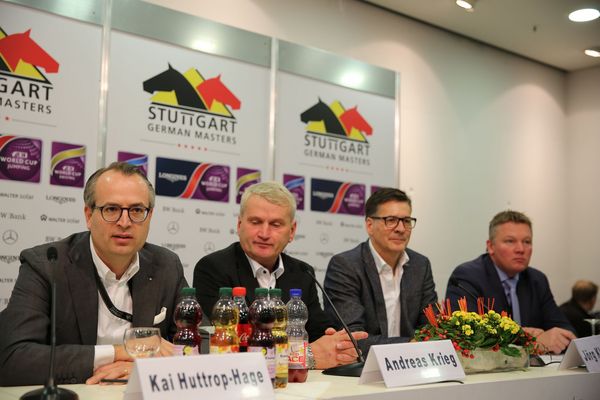 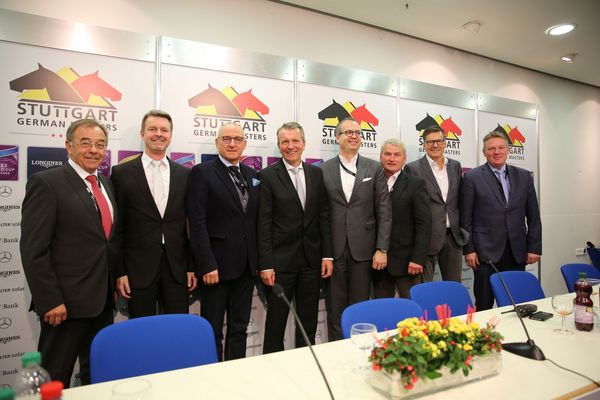 Also counting today’s - Sunday - crowd, approximately 55,700 spectators have watched the horse show action live in the Hanns-Martin-Schleyer-Halle. “It means our expectations have not only been fulfilled, but exceeded. We were sold out on Wednesday evening and Saturday afternoon. Thursday and Friday evening were also almost full to capacity, an improvement on last year.”

The new horse show managerial team (Andreas Krieg, Carsten Rotermund and Kai Huttrop-Hage) has passed its baptism of fire with flying colours. “The cooperation with them in the past months of the preparations and during the horse show itself was excellent,” stressed Kroll. The innovations with the Ponies Trophy and the water obstacle, which was incorporated for the first time into the four-in-hand driving as well as the Indoor Derby, were well received by athletes and visitors alike. That the world No. 1s, Isabell Werth in dressage, Michael Jung in eventing, once again dominated their disciplines speaks volumes for their equestrian excellence and the form of the horses and riders. A young German rider – Simone Blum triumphed in the MERCEDES GERMAN MASTER. It was an outstanding sporting performance and one that warmed the audience’s hearts. She may and has to compete in Stuttgart again next year.” Whilst it was the first appearance for Simone Blum, it was the final one for the project manager Manfred Parlow who has been involved in the Stuttgart horse show right from the very beginning and whose commitment has enriched it immensely.

Manfred Hommel, Director of the Mercedes Baden Württemberg sales division, sees the horse show as being on the right track: “We’ve accompanied the horse show now for three decades and will continue to do so in the future. We’ve seen some fantastic sport, especially Simone Blum’s win in the MERCEDES GERMAN MASTER.”

Ralf Ingelfinger, Director of Public Relations at the Landesbank Baden-Württemberg, was also positive when reviewing the past days of the horse show saying, ”The BW-Bank Indoor Championship in particular was a highlight for us as a long-term sponsor,” stressed Ingelfinger. “It has been underlined by the good feedback we’ve received from our customers.”

For Wolfgang Walter, CEO Walter-Konzept GmbH, the indoor eventing class on Wednesday evening was “simply outstanding. We invited people for the first time to the “Clean sport – clean energy” forum which was very popular,” continued Walter. As an exhibitor, he was full of praise for changes made to the event sessions in 2015. The retail areas are better frequented.