Stuttgart – Daniel, the second: after his win in the first qualification on Thursday, the German Daniel Deußer who lives in Mechelen, Belgium claimed the second most important jumping class at the 32nd International STUTTGART GERMAN MASTERS Horse Show late on Friday evening. Competing in the MERCEDES GERMAN MASTER in front of a thrilled 7,200 crowd, the 35-year old 2014 World Cup winner raced around the course in 38.47 seconds and was almost two seconds quicker that the Frenchwoman Maelle Martin (40.44). The performance secured him the winner’s prize – a Mercedes-Benz GLC 220 d 4MATIC worth about 63,000 euro. 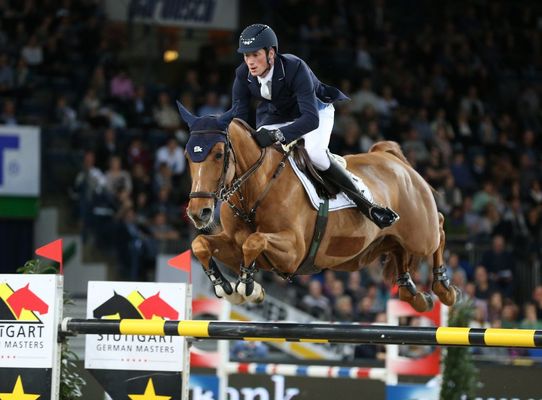 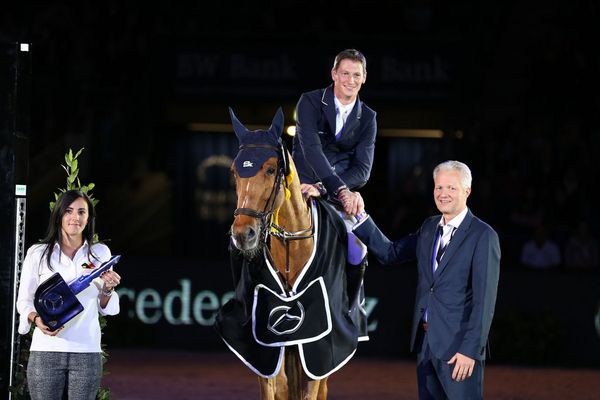 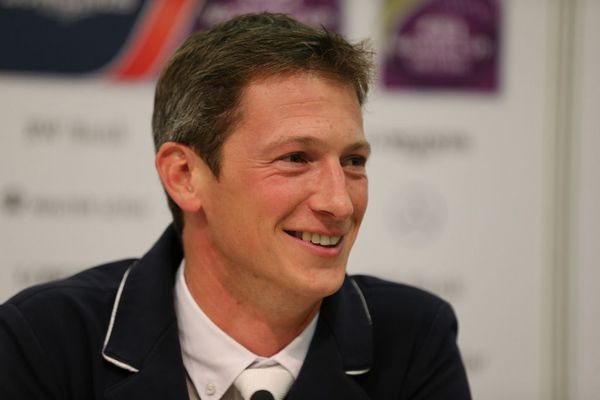 Daniel Deußer had already won the MERCEDES GERMAN MASTER in 2013. This time around he was on the saddle on the only nine-year old mare Happiness van T Paradijs and also went clear in the jump-off which only three competitors managed to reach. “Three years ago it was a dream and today’s win feels a little bit better,” said the elated Daniel Deußer. The team bronze medallist at the Olympics in Rio has only been riding the horse since July.

In third place behind Maelle Martin was the up-and coming German rider, Jan Wernke who, riding the 10-year old gelding Nashville HR, notched up eight faults in the jump-off.

“That was a great performance,” congratulated Jürgen Walker, Head of Car Sales at the Mercedes-Benz dealership in Stuttgart and was very grateful for the “outstanding partnership and proud to be able to support the class.”