Stuttgart – Ingrid Klimke (Germany), the World Championships bronze medallist, has won the eventing Indoor Derby in Stuttgart’s Hanns-Martin-Schleyer-Halle for the second time since 2012. 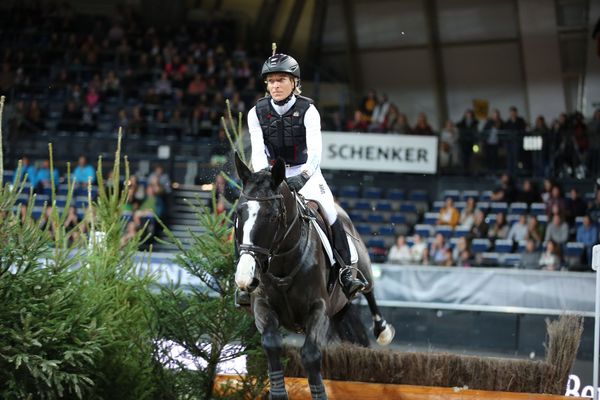 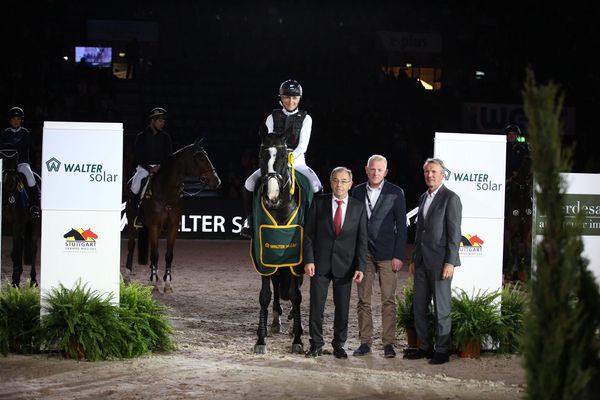 Atop the 14-year old Trakehner gelding Parmenides she, the last rider to go, was marginally quicker than the Tryon double world champion Rosalind Canter, who had been leading up until that point. The Briton crossed the finishing line on her 10-year old Holstein gelding Las Vegas in a time of 38.14 seconds. Third was the New Zealander Jesse Campbell in the saddle on the Holstein gelding Diachello (40.94).

“I’m so happy,” said the beaming winner of the Prize of WALTER solar and an honorary prize donated by Pferdesafari Reutlingen. “They were 150 seconds of pure fun today. It’s such a joy to ride here, the support you get from the crowd is incredible.”

The 7,500 spectators on the first evening of the 34th International STUTTGART GERMAN MASTERS Horse Show had to get over the shock of seeing the 17-year old grey Ringwood Magister ridden by the American Tiana Coudray injure its left foreleg when negotiating the triple. The gelding was unable to put any weight on its foot and was transported out of the arena to the stables where it was examined by the veterinary surgeons Dr Ulrich Walliser, Dr Martina Sperling and Dr. Kai-Wigand von Salmuth – as of midnight, an official bulletin is still to be released.