Stuttgart – It’s now a round dozen. Head and shoulders above the rest, “Dressage Queen” Isabell Werth on Sunday morning secured her twelfth GERMAN DRESSAGE MASTER title at the 31st International STUTTGART GERMAN MASTERS Horse Show. Competing in the dressage Grand Prix Special for the Prize of the WOMEN’S WEAR LABEL SOCCX, the multiple Olympic, world and European champion scored 77.824 per cent on her only nine-year old Westphalian gelding Emilio. The German’s performance earned her not only the winner’s ribbon but also a 7,200 euro purse. 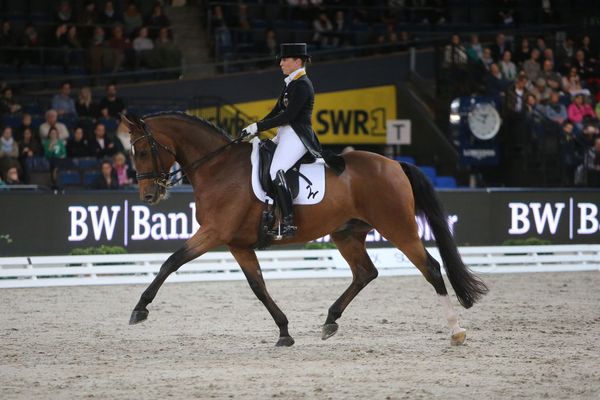 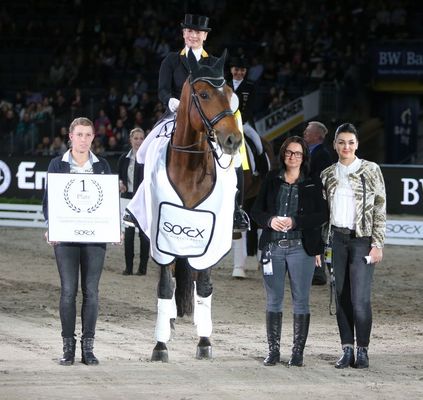 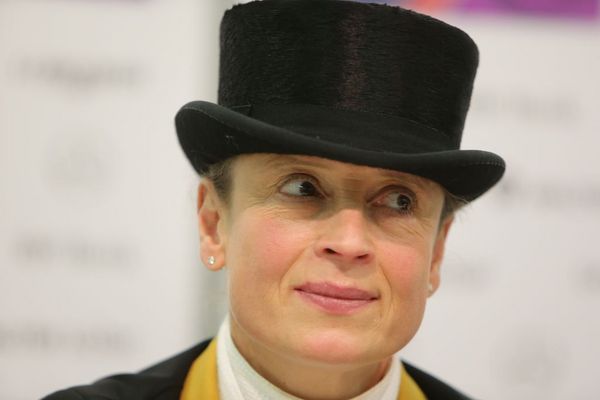 “Today Emilio was really dynamic and gritty, which is how I like it,” said the visibly pleased rider who added self-critically, “the two little mistakes were down to the jockey.” Well-satisfied, she summed up, “On the whole everything was pretty impressive. There were many older horses in the class and a lot of them had more trouble with the atmosphere.” Isabell Werth’s name is already inscribed in the GERMAN DRESSAGE MASTER roll of honour in 1996 to 1999, 2006 to 2008, 2010, 2011, 2013 and 2014.

Charlott-Maria Schürmann (Germany), who last year won the final class of the Piaff Förderpreis series, and the 12-year old Hanoverian stallion Burlington FRH were awarded 74.392 points by in the international jury and received 6,100 euro prize money for their efforts.

The “top man” in the class was Dutchman Diederik van Silfhout in the saddle on Bonzanjo, a nine-year old gelding bred in the Netherlands. His display (72.706 points) added 4,500 euro to his coffers.