Stuttgart – It’s her sixth GERMAN DRESSAGE MASTER win in succession and her 15th in total. German Isabell Werth was an easy winner of the Grand Prix Special in the Hanns-Martin-Schleyer-Halle on Sunday. 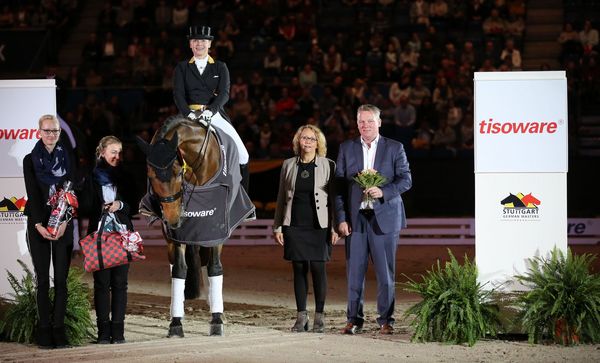 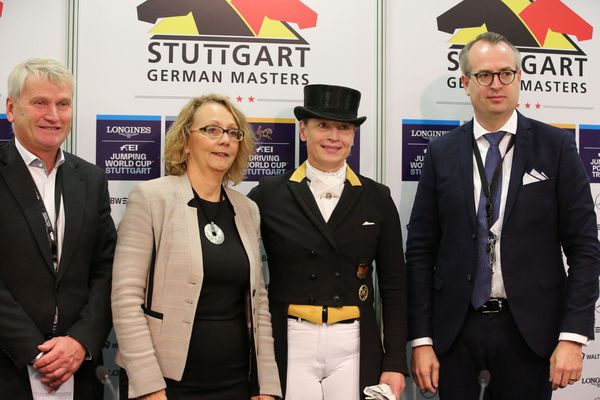 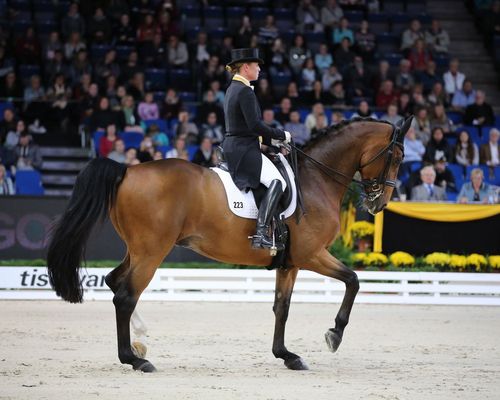 At the 34th International STUTTGART GERMAN MASTERS Horse Show, Werth once again showed just how many good horses she has momentarily. She rode two in Stuttgart and was highly satisfied with Emilio today: “Emilio produced a harmonious and smooth class. I felt he was very trusting and am delighted with the way everything gelled today.” The weekend’s multiple winner – four classes, four wins like in 2016 and 2017 – added, “It was so nice so see the size of the crowd in the arena this morning for the class. I think they saw some very good equestrian sport.”

Second placed Dorothee Schneider (Germany) also added, “Stuttgart is always something special. The crowd carries you through the competitions and reward you afterwards. I love coming to Stuttgart.”

“It was so exciting watching the winning ride and the others too. It’s always great to see the perfection Isabell Werth serves up,” praised Sabine Dörr, the managing partner of the class’ sponsor, tisoware.